Well, so I was busy today enjoyin' the weather and helping to pump up that Bush economy and only got to one record.

Phlegm, Phlegm  LP, Catalyst Records (1986).  1984: I'm hanging out at Jules's Loft in Baltimore waiting for a show when I strike up a conversation with this kid in a mohawk and leather jacket.  He's selling a tape of bands from Eastern Maryland and so I buy -- support the local scene and all.  He tells me his name is Barry and he speaks with a slight Irish accent so I find out he's from Belfast, moved to the states when he was 15.  I see him off and on over the next few years and even taken in a show where his band is playing and buy his LP.  It's nothing remarkable, basically the same-old, same-old hardcore-semi-thrash -- the lyrics have a little more credibility than the standard "hate your government" stuff because Barry's singing about some real experiences.

Flash forward about 18 years and I'm sitting in the Naro theater in Norfolk at one of the First Look Forums and one of the actors looks like Barry from Belfast but with the baby fat gone.  I check the credits and for sure it's Barry McEvoy and he's starring and wrote the movie.  He's up above with director Barry Levinson -- yes as in Donnie Brasco, Oz, Homicide Barry Levinson.  The movie was Everlasting Piece and it was a pretty funny story about a Protestant and Catholic barber who become friends and business partners by trying to corner the toupee market in Belfast in the mid-80s.  Pretty soon they're supplying the IRA (who use the toupees as part of their disguises) and the British Army (whose boys are losing their hair due to the stress).  I'm like telling people afterwards, "hey I knew him in the 80's" and they're just looking at me with a "yeah, right, shut up" face.  Barry McEvoy -- from Phlegm to Dreamworks.

As for the record - condition is VG and even though I don't think I'll be recording any of the songs on it, I'm thinking maybe I'll hold onto to this in case Barry becomes a mega-star in the future.

My goals are to listen to, catalog, digitize select tracks and then find a new home for my rather extensive late 70's through early 90's collection as it is taking up alot of space in my den closet.  If anyone is reading this and wants one of the babies let me know and we can deal.  I'm more interested in the music finding a home than making a ton of money.

- Beat Happening EP (1985) -- It's the yellow album in the above animated gif.  "Playful", sparse pop-punk DIY by a serious two guy, one gal combo.  Purposely bad playing, bad singing, bad songs -- I suppose the lyrics were supposed to resonate but they sure don't upon listening to it 19 years later.  I guess what everyone liked about it was it was punk but it wasn't hawdcore which had become so lame and derivative by '85.  Um... I guess it was the thing at the time... and Greg Sage (punk guitar god of Portland) produced it.  I wonder if he is having the same misgivings.  Condition: VG... only because the cover has some discoloration -- the vinyl is VG+.  I probably won't record any tracks off this.  The Kpunk website has a ton of free downloads (MPA format, unfortunately) and some interesting stuff for sale and you gotta give Calvin props for sticking with it. 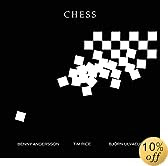 Murray Head "One Night In Bangkok b/w Merano" 12" Single (1984)  A guilty pleasure then.... and a guilty pleasure now.  This elongated version is mostly cool but I probably should have just gone with the 7" as it goes on about a minute too long.  Benny and Bjorn of ABBA wrote the music for this piece taken from Tim Rice's long forgotten rock opera Chess -- a musical about the exciting world of... uh... championship chess.  Yeah, I kid you not.  The London Symphony Orchestra accompany Mr. Head.  Sample lyrics:

Get Thai'd! You're talking to a tourist
Whose every move's among the purest
I get my kicks above the waistline, sunshine

Side B is a throwaway. The A-side is a keeper. 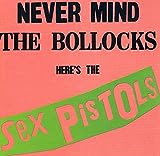 (1977)  It's on a hundred best ever lists.  It's lauded by nearly every rock critic... Well... it's got some good tunes, I'll give it that - my faves are: Holidays in the Sun, Pretty Vacant, Sub-Mission, Anarchy in the UK and God Save the Queen which I'll probably save  But as an album, it's not a perfect 10. And the recording is rather muddy... oh, I guess that's because it's punk, man. Condition:VG.

Meatmen Rock 'n' Roll Juggernaut (1986) This is an unopened LP that is ostensibly a parody of mid-80's heavy metal.  I did hear this once and got it for free from a member of the band who was promoting it at the time.  With the exception of "French People Suck" -- written I think more as an ironic comment on all the French hate going on at the time (remember the Libya bombing kerfluffle during Reagan's term?) -- I can't remember any of the other cuts.  As for the French and the Americans, the more things change... Condition: SS (that's Goldmine speak for Still Sealed).

The Birthday Party, Junkyard LP (1982) A noise rock outfit from Australia just before their breakup.  Notable alumni were Nick Cave who has become a sort of latter-day deathgoth Johnny Cash (his website has downloads), Mick Harvey and Rowland Howard.  About the only song that still resonates with me on here is "6 Inch Gold Blade" mainly because the music fits Nick Cave's "literate invective" like a glove: Hands off this one, hands off! she cried/grinning at me from hip to hip. Condition:  G+, some cracks and pops on some of the cuts.

This is going to take a loooooonnnng time... so buckle in for the ride.