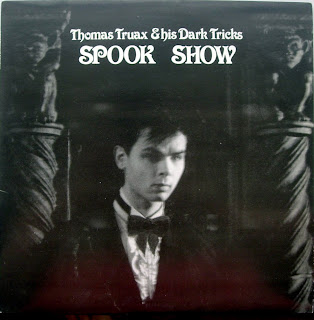 At the request of a reader and by kind permission of Mr. Truax (who is in the midst of a UK tour) and despite my reservations previously stated, here's the entire Spook Show LP. See the original posting here.

I tried this last night - but I used Canadian bacon instead of regular bacon - RECOMMENDED!

From the electrical audio forum:

Serve with fresh herbs chopped fine as a topside garnish. I like mint and parsley together.
Posted by Jim H at 4:55 PM No comments: