Minutemen: Double Nickels On The Dime 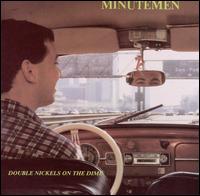 Hard to write about a record and band that has gotten so much attention lately what with the highly recommended We Jam Econo movie and DVD, the upcoming Michael Fournier and the Our Band Could Be Your Life book. The January, 2006 interview between Fournier and Watt was posted on Watt's site and provides a ton of insight into the record (as well as documenting more of Watt's unique slang). For instance, who knew how much James Joyce's Ulysses influenced Watt in his song writing?

In the raw interview footage on the We Jam Econo DVD, Watt calls Double Nickels the band's "art" album and that's kinda correct from his sense. But boon's songs are more about rock and roll and politics and history When Boon was "art" - it always seemed it was Watt behind it - using scraps of paper he found in Boon's car for lyrics and so on. And Hurley's songs are just, well, like nothing else on the album -- dream-based lyrics, free jams, and funky standard-shattering drum fills and beats.

First, how about the three songs that the CD version of this left out due to space problems - although I'd argue that this album deserve a double CD and LP reissue with outtakes and the full album and outtakes if they exist - if it's good enough for Sonic Youth's 80's rock, well...fucking get it together, SST:


And a few of my favorites (although this list changes on a regular basis):

d. boon (RIP) - guitar & singing
mike watt - bass
george hurley - drums
photo by a. peak from inside album
More Outer links:
Wikipedia's Minutemen and Double Nickels page
Watt's hootpage
Get a Double Nickels On The Dime recording of your very own
I was going to mention the Rolling Stone 500 but then realized what albums beat it (lol)
And let's not forget these two tracks that I believe are left off the CD... great fodder for your mixes...

and last but not least: 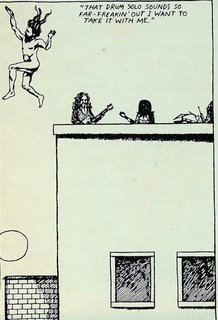 from the liner notes - drawing by the great Raymond Pettibon...
Posted by Jim H at 6:14 PM 9 comments: 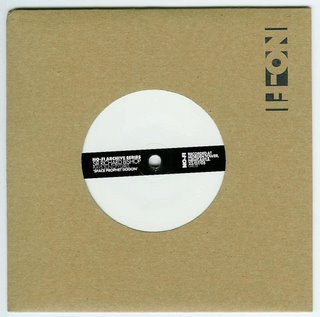 Recorded in England in 2005, this two-song 7" was printed in a run of 500 and is apparently the inaugural record for No-Fi. I got mine from Aquarius Records and they may have a few left. For SRB fans, it's a no brainer but for the few Sun City Girls fans who aren't as interested in Bishop's Jack Rose - John Faheyish "Wooden Guitar" series of CDs and LPs (and 7"ers), they will be drawn to these reinterpretations of two iconic SCG originals.

"Esoterica of Abyssynia" in its original format was recorded to sound like what would have happened if some Lebanese musicians magically appeared in 1930's Appalachia and were captured jamming in a field recording -- thereby indirectly suggesting the deep, unseen roots inherent in American folk.

Bishop's new version harkens back to Appalachia and riffs on the original as a sort of speed-noise-bluegrass hybrid.

The flipside is a version of "Space Prophet Drogon," a trance-raga-acid uplift track from the SCG's excellent Torch of the Mystics (1990) (so does "Esoterica"), which is also, incidentally the one SCG album you should start with if you are curious about this wonderful outfit.

In a way, "Space Prophet" inspired a whole host of contemporary bands - Grails (who covered the song), Mt. Silver Zion to explore this improvisational musical style.

Here, Bishop de-Easternizes the original and makes it sound like Fahey interpreting an Irish folk song. Yet it still includes the wig-out from the original track. Incredible.


This ends the New Summer Vinyl series... hope you enjoyed - the four singles featured this year were:

Mp3 Mix: For My Cousin, Arthur Lee and Syd Barrett 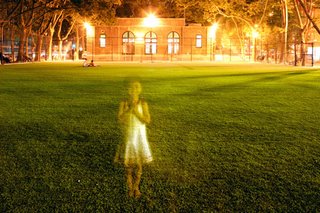 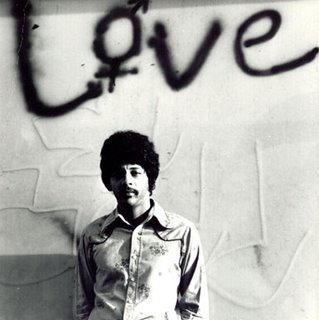 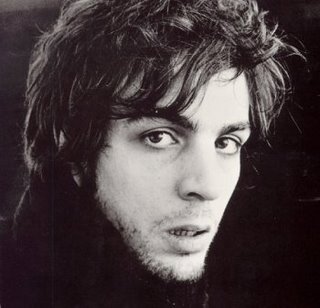 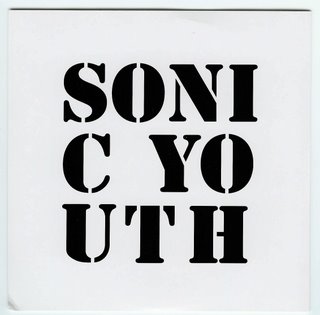 Looking through the remains of their fabled Murray Street studio apparently yielded these two farewells to the LES lifestyle from Da Yoots... the press kit lists them as "b-sides" to the 2006 chill-noise-pop-rock of Rather Ripped but they seem more like underserved throw-aways that coulda blostered Murray Street. ...thankfully we don't have to wait another 15 years for such a re-ish. You can buy them for now as a vinyl-only 7".

"Eyeliner" is a recounting of Moore's real or imagined no-wave-glam urban punk sexcapades set in those romantic pre-Guliani NYC scumscapes. Not too surprisingly, it mixes the Catholicism and adolescent punk rock sex and needles fetish that characterizes much of Thurston Moore's Burroughs-like poetry - the lyrics actually came from a chap book of his.

Old man and father of a teenager Moore roosters about like Iggy or Robert Plant while the guitars simmer and burn in a sort of heaven Vs. hell dialogue. It would be laughable if it weren't well all so good and stunning and creepy and gnostic and surreal. And the band deflates all possible pretentiousness common to poetry-set-to-music-rock (hello, Jim Morrison) as someone spews background mental patient gibberish during the pseudo-chorus chord progression.

"Helen Lundeberg" was an obscure surrealist painter whose work progressed from pleasing calmness of illusionary surreal landscapes to more harder edge abstract pieces. The band explores Lundeberg's twofoldness musically while reciting from what appears to be a brochure from an exhibition. Oh, yeah. Does it sate your appetite for noisy squealing Sonic Youth drums-n'guitars? Yes. Doth it bring the noise? Why, yes, quite pleasingly.