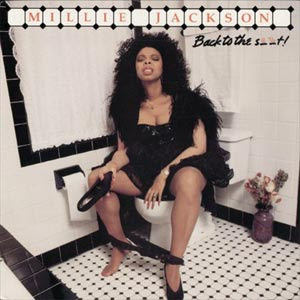 What's the most embarassing place you did a Number OneTwo?

Mine was in an under-the-stairs closet in a small Pennsylvania city on a Sunday, during the daytime in July. I was playing a gig in the area but it was outside, a bit impromptu and all of a sudden that queasy gotta-take-a-shit-feeling snuck up on me and ... I couldn't find a bathroom. It was in a downtown area, no gas stations nearby, nearly everything closed, too young to get into a Pennsylvania bar... Finally got into some decrepit old office building with an unlocked door, snuck around trying to avoid the janitor cuz I knew chances are he would kick me out and expediency was of the essence... so not able to get into the real bathroom cuz ol' mop bucket guy was between me and nirvana... and I went into the closest darkest place I could find. Shat it out in my tighty-whiteys and left it there for the poor janitor to find, perhaps months later by the look of that dingy dusty closet (you hadda stoop to get in).... had it been night time I might have just found some place outside but hey, you gotta go, you gotta go...

I was tempted to put up Dylan's "If You Gotta Go, Go Right Now" but the song isn't about that and it's a bit too obvious-literal don't you think?

If you wanna respond with your own horrifying experience, use the comments - suggest a song or two to go along with your "experience"....
Posted by Jim H at 5:01 PM 10 comments: 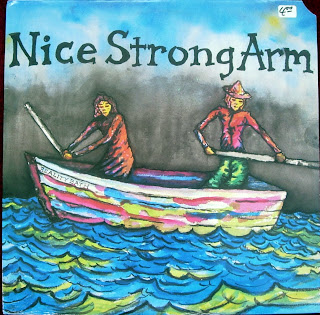 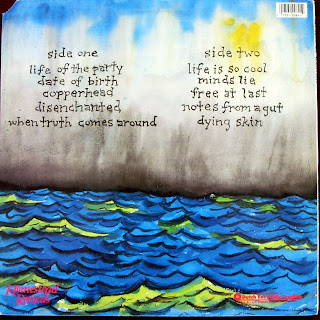 Nice Strong Arm came to my attention back in the '80s pretty much how many bands came to my attention - got a record made with Homestead or SST or Touch and Go. Hate to admit that's how shallow I was but there was no college radio of any merit in the Washington DC area (at least that I could tune in - University of Maryland had a real limited coverage) and WHFS rarely touched anything without a major label behind it - so you either had fanzines or just had to trust a couple of labels to come up with something you'd like.

Overall, I'd give this record a solid B. IT's got some problems - the two drummers sometimes have trouble syncing and keeping basic 4/4 time, the bass is recorded kinda flat and often seems limp and there's some of that "goth" basso-profundo style vocals that I never really dug (Bauhaus, Joy Division crap) - most notable offenders are on Side 1's "Disenchanted" and "Date of Birth" which adds insult to injury with use of a cheap-sounding reverb unit to process the vocals.

The band also took a great deal of guff for sounding too much like Sonic Youth - in fact I can't get through the whole sequence of songs on Side 1 without constantly being reminded of "Confusion is Sex" - it's sorta like a concept record of variations on the chord progression. But anyway such crititique was pretty small-minded and narrow-casting. They also have similarities to Live Skull, Swans and other NYC no wave outfits as well as other acts of the period - Big Black, My Dad Is Dead - what I'm saying is that they perhaps were lost in the noise because it was too easy to dismiss them - that and they didn't seem to play the personality game - there is no mention of the names of the band, they didn't pose for publicity shots and so in effect had no personality beyond what was presented in the albums, shows and songs - there was no Gira or Albini or Moore or Michael Gerard saying outrageous or interesting things in the zines and papers.

Others have pointed out some link to the jangly early 80's Athens sound as well and I've already talked about the horrorshow influences, though not just the Brit stuff previously referenced but Cramps as well. Overall, it's a moody gloomy bunch at work here.

I might even given 'em a B minus if Side 2 didn't have this great 3-song sequence in which they kinda show they are more than just a one-trick pony - take these three songs and do some attention-getting cover song and they mighta had a hit EP on their hands... unfortunately I don't have a time machine or a smart pet dog to build one so I could go back in time and give them some career advice...

first cut: "Life is So Cool" is kinda this epic romp built around, like so many of the songs, Kevin Thomson's spacey pedal-effects and amp feedback guitar sound - and again, it's hard not to imagine a big floating Thurston Moore buddha appearing in the air during the recording of this song but again SFW. ... the fucking effect is still stunning, no matter who is doing it, duh?

"Minds Lie" (the second cut on side 2 takes the band's sound into a different direction (here's where that early R.E.M. - Pylon reference might be drawn) with the bass handling the whole build-and-release structure of the song a bit more and bringing in some of that hurting style of singing that the Dischord bands had been peddling the previous year with Rites of Spring. The effect is this sort of one two punch - where "Life is So Cool" builds up the delusion of being cool and in a band or whatever and "Minds Lie" blows it all apart. The drummers actually sound somewhat in sync as well - maybe because the song is pretty short.

"Free At Last" then picks all the pieces up into something unlike anything else on the album - an almost acoustic guitar and bass riff that supports, what, ummmm ... uplifting vocals. I'm finding it hard to say I like "uplift" ever but there it is... there's a band that this reminds me of but I can't put my finger on it... I'll probably wake up in the middle of the night and remember who it is... any way.... these three songs are sort of like an EP within the LP for me and I more than I care to admit did the needle lift at the end of "Free At Last" to redo the sequence several times over the past month.

This rare picture of the band was taken by, provided and used with permission from Derek von Essen who has a real cool archive of band photos from this time period

The other band we got pegged with right off the bat was Sonic Youth, and at that time I think there was definitely a bit of an influence. We had all just learned to play our instruments, and you know, who impresses you the most when you start learning how to play is definitely going to have an effect on how you learn how to play. Which is why some people play a certain style of metal or rock, because when they first learned how to play, that's what they were hearing. Jason and I learned how to play our instruments at most four years ago - actually five, I'm gettin' older. Jason's been playing for even less than me.

Anyone who says they don't have an influence is lying through their teeth - unless they were living in a monastery, sitting with a Zen master who said, "Here's a Fender guitar and an amp...why don't you just figure it out, you know, think like one with the string." That doesn't happen. It wasn't like anybody tried to figure out what other bands were doing or anything like that, but that creeps in. It did on Reality Bath , and I don't think any one of us is gonna deny it that much. We don't think we sound like it, but we do feel that there is a bit of an influence there. It's not such a big deal, why does it bring so much derision upon your head, just because there's not twenty years between the two? Maybe some people should give it some thought. 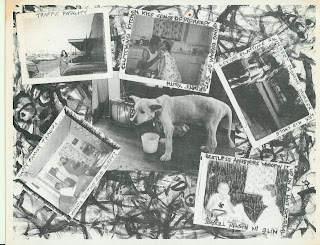 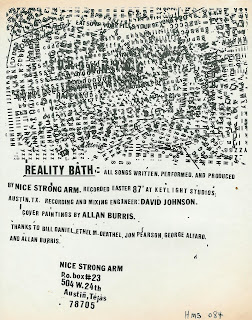 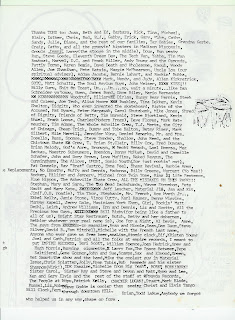 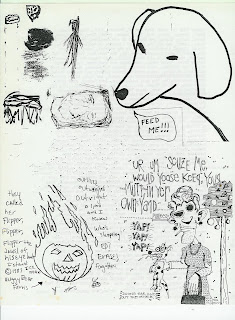