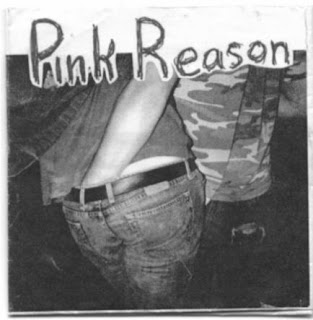 I'm probably about a 10th of the way through these... no rhyme or reason to this, just the cream of the crop.

"I Knew" - 22-Pistepirkko. It has a gong in it and guitar played like bouzoki. What more do you need?

"Drove Through Ghosts To Get Here" - 65daysofstatic. A descriptive title for this ghostly electronica instrumental.

"Throw It Away" - The Pink Reason (photo via band myspace) Not reverb-drenched. Reverb-waterlogged. The kind of really awful good stuff that only works in lo-fi. I wasn't surprised to read after this made my hit list that the band has a 7" out via Siltbreeze.

"Wake Up Heroes" - Sally Crewe and The Sudden Moves. They sound like early Elvis Costello and The Attractions in this 1:19 chartbuster but she's got way better lines such as "If this car had a backseat, we'd be in it" - something I'm sure Ed Begley regrets about his electric car. 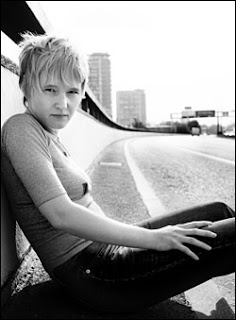 Seriously? No offense to Sally Crewe, but have you ever heard any early Elvis Costello & the Attractions lyrics?

Early 80's Elvis? Punching the Clock - Every Day I write the Book Elvis?

Punch the Clock is around Elvis Costello's 8th album, hardly his early work. And the next newcomer that can "out line" Shipbuilding, Pills & Soap, or even Everyday I Write the Book or Mouth Almighty, I'm buying his/her/their album.

Great post and blog!!! We just started our own blogspot dedicated to honest, true music that is rare and out of print. Come check us out!!