I Did It Just The Same - Eurythmics 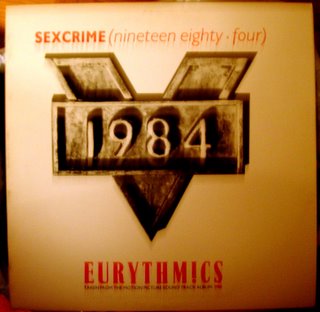 Annie Lennox moan-scats through a minor cut from the (aborted) soundtrack of 1984's 1984 movie. The album never got much respect - both of the singles bombed (although "Sex Crime" was a dance club hit with that robot dance inducing chorus). But in these times of fears of over-zealous 'crats tapping phone lines, the album merits a few spins. This cut was actually from the flipside of the 12" single which popped up in the box on the same day the NY Times broke the NSA story. So think of this as some good soundtrack music the next time you have phone sex with your foreign girl/boyfriend and the NSA. Just don't visualize John Hurt... unless you want to.

Wikipedia actually has a write-up on this soundtrack that never was and gives some background on this song:

Most of the tracks were instrumental, with song titles and lyrics of the two songs on the album being derived from Orwell's text. For instance, "I Did it Just the Same" is taken from a passage in the book where the antihero, Winston Smith, relates how he committted "sexcrime" with a prostitute—initially deceived by her makeup, when he got close to her, he realised she was "about fifty - but I did it just the same".

Link: Brother John wrote about this a few months ago and lamented that 1984 was left off the E's November 2005 box set release (which has something to do with the fact that the soundtrack was released on another label besides RCA in England). However, the CD is readily available as an import and on the used CD/vinyl sites like Gemm. 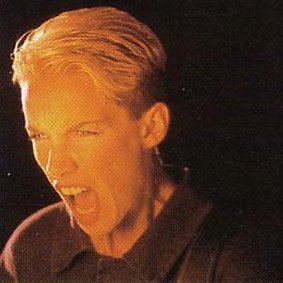 "I Did It Just The Same" - Eurythmics

Killer. I would also argue that this song, with Annie's soulful adlibs, four on the floor beat and piano riff laid some groundwork for Chicago House music.