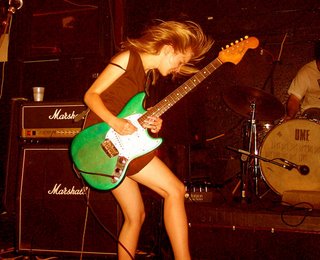 A new feature in which I go back to see what happened to my touted '06 SXSW bands and see what they're up to since April...

What I said back then about "Wake":

"Lauren Larson's ice-chipped voice starts, uh, crooning and it all kinda makes even less sense - which in effect becomes the charm of the song. She sounds like my cat used to sound when he had a sore throat. The song is kinda like a lost prog-diddle from Scrawl's Smallmouth."