More grist for the mill...don't worry an old-school VM post is upcoming

But Dr. Laura is so '90's. This will never sell... You know, with a few changes to the hairdo, get her out of the yellow pantsuit (eeeeee) and add some more snappy biting sarcasm and voila - the Jane Hamsher Action Figure. Market it right and it will fly off the shelves. Maybe with a mini-sized replica of "The Kiss" parade float wagon.


Wussy Band's Equipment Was Too Wussy for Stick-Up Guys

After the show, as we were loading out our equipment, our van was surrounded by what I can only assume were six or seven gang members complete with bandanas and masks over their faces. They just stood there, staring at us shoving thousands of dollars worth of equipment into the van piece by piece. A couple of them even leaned up against the van, casually smoking cigarettes. Corrina got pissed off and said, “You guys want some of this shit?” to which one of them replied, “Fuck yeah, I want some of this shit. I’ve got thirty years, bitch.”

What he was really sarcastically commenting on was the fact that he didn't want some 30-year old accordian, a banjo and a half of a drum set after all. (via DCist)

The perversion of we human laid bare once again by the wonderous Internet. The Slog finds a site that tabulates statistics for words and phrases searched on popular search engines:

Let's take, for example, "whore". The top five searched phrases including the word whore are Asian whore, teen whore, black whore, Japanese whore and myspace whore. Each of those has over 16,800 searches a month. Other races lag rather far behind -- Thai whore clocks in at 11,400 and white whore is all the way down at 8,677. Still, all raced whores were searched relatively frequently. Down near the bottom of the list are "disney whore" with 3,742 (searching that takes you to down the subculture spiral of cartoon porn, which I find bizarre and surreal mostly because I've never thought to imagine Lilo & Stitch or Chuckie from Rugrats fucking anything) and "older fat whore" (not just old, older) at 3,458.

Myspace whores? Where can I get one? 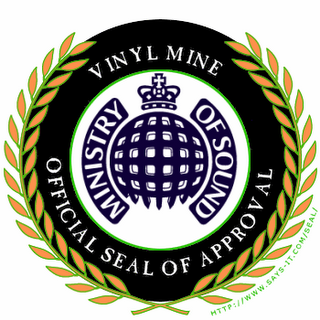 Some Vinyl Mine Seal of Approvalzzzz

- Karen Dalton - "Katie Lied" - I'm not another person jumping on this revival bandwagon for this long-dead psyche-folk hero. Matter of fact, I cant' really stomach much of her stuff that I've heard -- she sounds a little bit TOO much like Billie Holiday for me to take her as genuine - but Billie never sang folk (or at least I don't think so) nor did she pick guitar "like Jimmy Reed" but I kinda like this 1971 song anyway. via Leaky Sparrow

- The Ponys - "Double Vision" - You can have your Of Montreal, this (and this) is the 2007 release I'm kinda anticipating. via Matablog.

- Casiotone for the Painfully Alone - "Graceland" (cover) via Pitchfork Newsblog