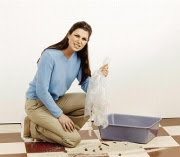 If you read my Dischord.com site review post on Sunday, I said I had some problems with the store. Whatever the issue was, it's been fixed now. Just wanted you all to know in case I scared anyone off. Also, thanks to Alec (the site codeslinger) for contacting me.

I'm not a big blog for comments and that's cool but sometimes they come in many moons after a post. And it's really sweet when someone in one of the bands I wrote about leaves a message (even Pillsbury Hardcore). It appears Jeff Weigand from the Volcano Suns has left a comment on my blog posting on the All Night Lotus Party LP explaining what some of the songs were about:

hey...not a bad review of lotus party...tho' your readings of songs is abit off...ride the cog is about two things...I wrote it as a sorta anti minor threat manifesto about jon and me going on some pretty good drinking binges while we were digusted with the music scene and girls...and the infamous train ride up Mount Washington which tends to cut loose ever so often and kill its thrillseekers (sadly, due to modern innovations and safety inhibitions, this rarely hapens anymore)....four letters is about a fucked up relation pete had with a girlfriend...sounds like bucks is just about living in america and all of the money is you bullshit...crotch on fire is about beating off too much, again a sorta offshoot of the girl theme...and room with a view is about me being a young boy and watching the neighbor divorcee masturbate thru her window for many years jeff

Speaking of Pillsbury Hardcore, the angry comments continue. here's the latest from Anonymous:

I'm sure you're befuddled by Crucial Youth and Stikky as well. After all, any band that used the Pillsbury doughboy as a logo must have wanted to be taken completely seriously.

I wasn't befuddled by Crucial Youth (they just kinda sucked, joke band or not, so I guess the comparison with PH is apt) and I never heard Stikky (isn't it something they give horses so they poop better?). And hey, I said some nice deserving stuff about Bob Durkee recently, so I can't be all that befuddled.
Posted by Jim H at 7:49 PM