Last Exit: The Noise of Trouble 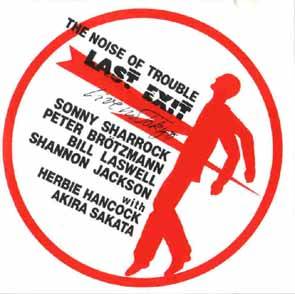 Around 1988 or '89, I was wild about what some of the Italian, Japanese and even British thrash bands were doing. With extremely fast rhythm, non-stop guitar noise, repetitive bass and incomprehensible screamed vocals, they were, to me, turning the quickly congealing music form into something totally new, noise and sound driven rather than song driven. However, the thrash bands never metastasized into something great instead turning into Death Metal or Grindcore outfits and playing to increasingly insular audiences. I began to search around for what the next direction and music where "loud and fast rules." I consulted the wise men and they kept pointing me towards guitarist Sonny Sharrock and ex-Blood Ulmer drummer Ronald Shannon Jackson's Decoding Society, both of whom I had found had in 1986 united into a live music project with Peter Brotzmann and Bill Laswell known as Last Exit. I had liked Laswell in some of his work with his own band Material and also knew him as Motorhead's producer of their classic song "Eat the Rich" (not to mention Public Image's "Rise")...so when I found Last Exit records in the used bins (often at bargain prices), I quickly snatched them up.

Although Last Exit's origin is murky, I tend to believe that it was an idea by impresario Bill Laswell, then the "It" producer in NYC. He was, after all, the link between all the players having produced Sharrock and played with Brotzmann and Jackson. The genre of Last Exit was "free jazz", which is generally thought to originate in the '60s with Ornette Coleman, Cecil Taylor and, later, Miles Davis. Free Jazz is free and has a tendency to wander about, incorporating many and all influences from other musical genres. Miles went there in the early 70s incorporating rock and especially funk into the genre. Last Exit looked around and saw punk and metal as a style worth subsuming. At the time, Laswell was also on a mission to revitalize Sonny Sharrock's career - who had pioneered the use of the electric guitar in free jazz in the early '70s. Another side-benefit was to introduce German reedman Peter Brotzman, whom Laswell had played with while in Europe to a new American audience. Jackson, with his Decoding Society, was already pretty hot at the time but no doubt jumped at the chance to play with Laswell and Sharrock. Other renditions claim it was Sonny's idea.

At any rate, they got together originally with the thought that they would do something more formal but after the first all-improve gig, they decided that they "clicked" together and would just go ahead with basic free jazz, no rules - anyone could play anything at anytime - this sounds easy but many have failed at it. Last Exit, for the most part, never even broke a sweat. They didn't limit themselves to just the "loud and fast" music of the time - you can hear world music, country and traditional jazz bubble up to the surface at times. However, they were known for playing very loud - which, at the time and even today, is kind of frowned upon at jazz clubs. At one club, it was reported that a patron complained to which Shannon Jackson said that if he didn't like it, to take a hike (at least that's the family newspaper version). 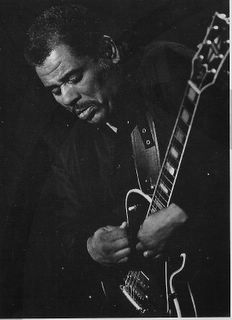 They recorded six albums together - this being the second and now out of print (although cuts from this appeared in a retrospective). Only one of the albums was "studio" and the rest were recorded in front of audiences. This album was recorded in Tokyo in October of 1986 and was also the only record in which guests appeared. Akira Sakata was Japanese free jazzer who blew Alto Sax and Clarinet. When he wasn't playing, he worked as a part-time biologist who specialized in the water flea. Sakata plays in three cuts including Sharrock's "Blind Willie" but it is in "Needless Balls" that he finds his soul mates in both Brotzmann (no stranger to the saxophone duel) and Sharrock, who described himself as a saxophone player with "really weird intonation". Sharrock kicks off the song with an almost delicate Asian-ish riff which is then picked up by Jackson and turned into an almost Irish dirge. As Sharrock recedes into the background to lay down in a bed of noise, Laswell turns the song again on a dime by playing a goofy country-rock vamp. This sets things up for an incredible Brotzmann-Sakata dueling saxophone conversation until things degenerate into a bit of a drum-bass break and then climaxes until a free-for-all ending as it began with Sharrock's free association. A great song for even those who can't stand free jazz.

The other more surprising guest (although how can you top a Japanese Marine biologist), at least considering the type of music Last Exit made, was Herbie Hancock then only three years out from his great commercial success with the MTV video hit "Rock-It" (a song he co-wrote with Bill Laswell). In the last cut of the album, "Help Me Mo, I'm Blind," Hancock takes the group in a whole other direction - more trad. jazz than anything they had done in the previous two records. But soon the Exit boys reassert themselves with Brotzmann providing a feedback-drenched squall, Sharrock providing frenzied counterpoint to Hancock's keyboard runs, Laswell creating an almost Zen-like drone and Jackson doing some of his best playing on the album.

These are my favorite cuts at least. I found the blues medley with Shannon Jackson that opened up the album a bit of a miscalculation and more indulgence than any great piece of music. Some of the other stuff while perhaps exciting to those who prefer experimentation also had me checking the needle as to when it was going to the next cut. No, its the second side and the two guests that really spark this album. It was not, however, as I had hoped the next non-linear step for punk but it was good sonic juice for cortical stem. Play 'em loud and tell the neighbors to "take a hike" if they don't like it.

Songs from The Noise of Trouble by Last Exit:
"Needless Balls"
"Help Me Mo, I'm Blind"

Bonus songs:
Sonny Sharrock wrote the theme song to Space Ghost: Coast to Coast and I believe his wife Linda Sharrock provides the vocals. It's probably one of the strangest choices for an original TV Theme songs but then we're talking about Space Ghost. When Sharrock died in 1994, Space Ghost had a very special tribute show (Episode 24) with Thurston Moore as the musical guest. This is in disc 2 of the Season Two DVD collection in case you are a Netflix subscriber.

In 1994 (the year of Sharrock's death), Bill Laswell released an album with his group Painkiller called Execution Ground - his collaborators were John Zorn and Mick Harris, who was the drummer for the UK Grindcore group Napalm Death. All were more immersed in the metal-punk ethos (unlike oldsters Jackson, Brotzmann and Sharrock). The group came the closest to creating a free jazz-thrash fusion masterpiece:
"Execution Ground" - hosted by Musicom.net ("free and legal")


Links and Other Notes:

Ronald Shannon Jackson is jamming with his The Decoding Society. For better or worse, it's been a schooling ground for such musicians as Vernon Reid (Living Colour) and Melvin Gibbs (Rollins Band)

Bill Laswell has one of the most detailed fan sites you'll run across. Pity anyone who would try to assemble a discography on the man (including both his musician and producing gigs). But they do a good job of it. You might be surprised to find some of the people he has worked with. Here's a recent interview with Laswell from Slug magazine.

Sonny Sharrock's Trouser Press bio. Unfortunately, it looks like a tribute project to Sharrock did not get off the ground in time for the 10-year anniversary of his death.

The photo of Sharrock is scanned from the album and is credited to either Tatsuhiko Tanaka, Toshi Yamaguchi or Takeshi Masuda.

Disclaimer: All music is provided for only a short time to facilitate discussion about Last Exit and the artists. It is (p) 1986 by Tokuma Japan Enemy Records and (c) 187-07 Henderson Avenue, Hollis, New York

Excellent post...this is really interesting stuff. I really like what you've posted...now if it only had vocals...

In a similar vein...that is, taking some influence from metal and adjoining it to more "proper" music, I can't recommend Kayo Dot enough. http://www.kayodot.net/

They're on John Zorn's Tzadik label and they merge a serious metal aesthetic to classical composition. The songs build from almost Jef Buckley esque plaintive passages into full on roaring metal runs. It sounds strange, but it works so well. Truly unique music, that actually is looking FORWARD instead of behind...

Thanks - I will check that band out.

It's probably not clear from my posting but the first cut on the album features Ronald Shannon Jackson doing some blues vocals. I'm just not as in love with that cut as the ones I posted.

Sharrock did work with his wife who was sort of a scat vocalist - I believe that's her singing in the Space Ghost: Coast to Coast theme song.

thanks for remembering me to (of?) this record - a very long time ago i have listen to it - the well-known problem with a great vinyl and cd-collection.

I like how at about 2:20 into the "Help Mo I'm Blind" cut, Peter Brotzmann who does this real lengthy wig-out yells "shit!" instead of catching his breath.

Sonny Sharrock indeed. I first read about him in the mighty Motorbooty but it was years before I got to hear him. I hope the tribute sparks some more interest in him and leads to a comprehensive reissue of his material.
BTW, I would argue that the music needs no vocals, the players express their own voice through their instruments- Sharrock is especially powerful in this regard. The feelings that come through on his final opus, Ask The Ages, are palpable.

As for the Sharrock tribute project, you're right - it's a shame we haven't been able to get it out yet. Thanks to some good folks, though, it may see the light of day this summer. Until then...

ok, just to clear some things up...
Miles Davis could in no way be said to be a part of the free jazz movement. Evidence of this can be found in his angry confrontation with Albert Ayler (one of the true pioneers of free jazz). What Miles did was fusion. Also, the real first 'pioneer' of the electric guitar in free music (really free improvisation, but if you can include Miles in free jazz we're obviously not here to split hairs) was Derek Bailey. Also, I don't really think you can say anyone can 'fail' at playing freely, since, as Derek Bailey himself said, a person's free music is determined entirely by their own internal rules and therefore can only be judged by them. Also, listen to Brotzmann in another setting , or better see him live - he doesn't use feedback, that's all him....