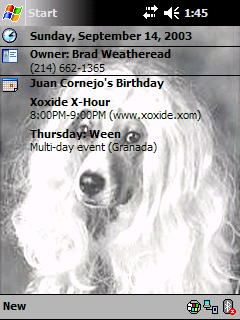 I don't know about you but I may actually dust my IPAQ (or whatever it's called) off just to stick this on it. I hope Mark Farner of Grand Funk Railroad's kin are getting royalties, though.

Last week, I posted a link to a version of "Cherub" and said its one of the few Butthole songs that sounds good as a boot, perhaps better than the recorded version because it becomes something totally different live thanks to the satanic megaphone of one Gibby Haynes.

Here's a version off a bootleg that I had to beg for on my knees and swear I would never give a copy to anyone else. Of course within a year, I had traded a copy with Dave Redman (a DC show promoter who had all the boss boots) for something which I have long forgot. The person who gave it to me was pretty pissed and I don't think has ever forgiven me - as she had made a promise to the guy who made a promise to the band not to circulate it.

Since the band now has a policy that show tapes are okay as long as you don't sell them, I guess it's okay to pass this one on as it is pretty fucking incredible - compare the previous post's version of "Cherub" with the this version and tell me if the band got better as it aged. Of course, they have not. There's probably a list in all this - top 10 bands that got worse as they aged and top 10 bands that got better as they aged.

Of all of the insights in "Our Band Could Be Your Life" the funniest was that the Surfers pet dog was named "Mark Farner of Grand Funk Railroad". I wish I had thought to name a pet (or a child) that

Yes Eric - and suck you very much for handing a meme to me.

Apologies - let it wither and die, no obligation. I should have ended it, just taken a stick to it and killed it.

i have been the Official archivist for Butthole Surfers live recordings for a few years (King posted my recordings list on their page fer a while), and I can tell ya, ya did a great job re: the STACHES show...now let's talk about a deal on how to obtain the full show.

here's a topic: the butthole surfers were the most important band of the 80's.....